Hiltonheadweddingflowers.com uses cookies to improve your experience. We'll assume you're ok with this, but you can opt-out if you wish.

Through changing times, fashions and trends have come and gone. But flower arrangements have continuously expressed our love for nature. They’ve played a huge part in our enjoyment of life’s beauty! Each stunning creation is a work of art! It brings about a lively, refreshing ambience wherever it’s placed.

But where did flower arrangements emerge? Whose idea was it to place flowers together and for what goal? What did flowers mean to people in the bygone days? How did fashions in floral design advance with time? What brought about these changes? 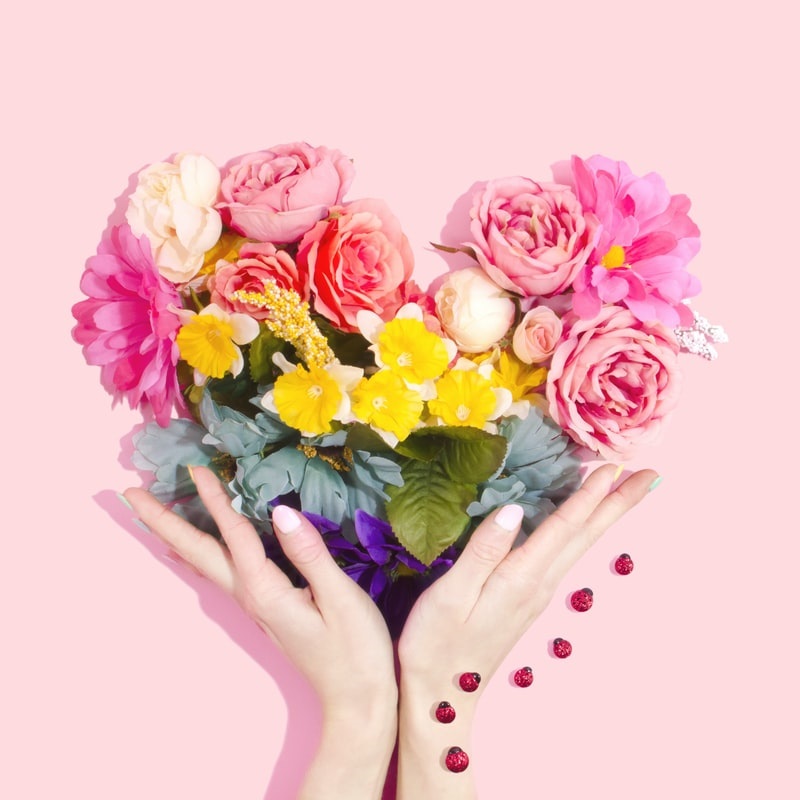 Today, we’ll answer all these questions. We’ll get a quick but exciting peek into the history of flower arrangements! Interested in a formal course? Want to get licensed as an expert on everything related to flowers? We recommend looking into organizations that offer programs in floristry, such as:

The earliest records of floral design go back to 2500-2600 BCE in Ancient Egypt. Historical experts uncovered that Egyptians were the first to artistically put flowers in a vase. They were often used for banquets and religious ceremonials. Ancient Egyptians also used them to revere the dead in burials and processions. 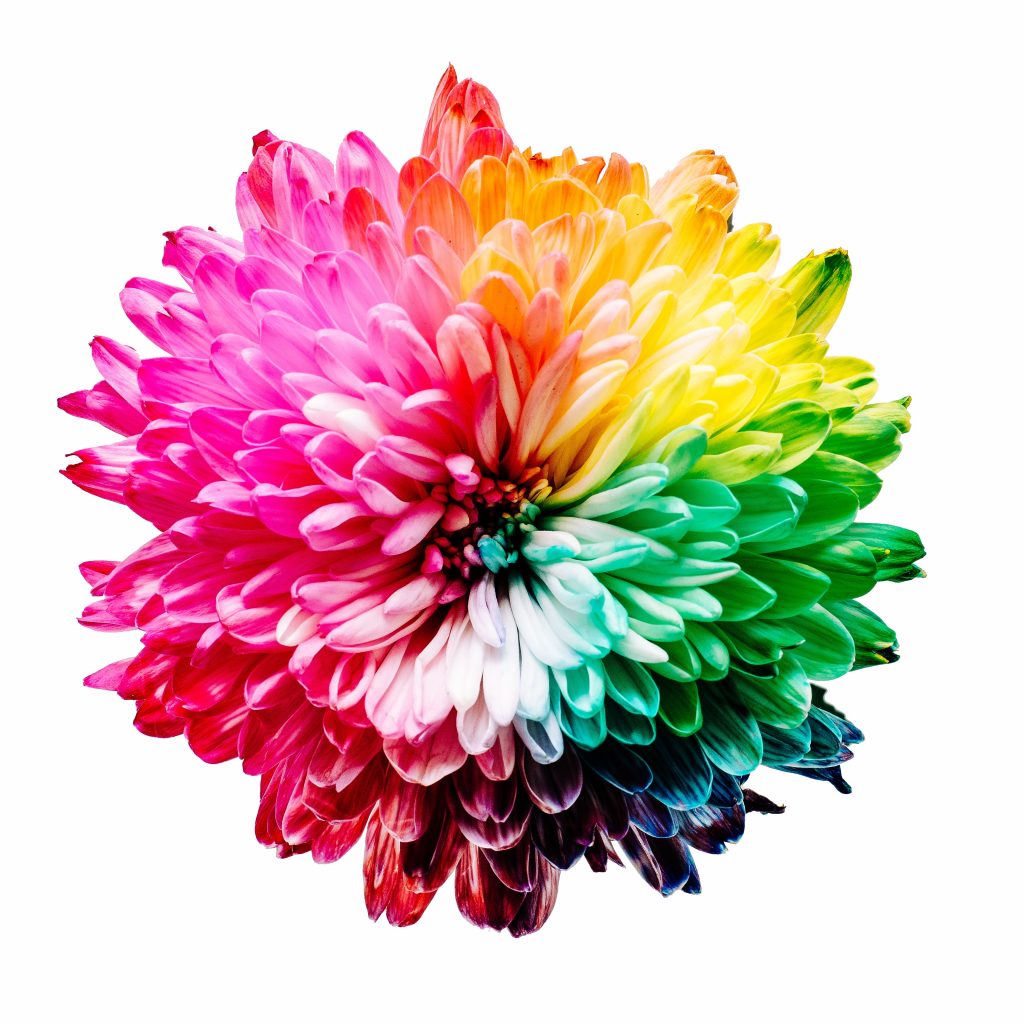 Lotus flowers are commonly recognized as the most valuable flowers of that era. Egyptians believed they were sacred to the goddess Isis. In Egyptian art, men and women were often shown holding lotus flowers in their hands.

The same attitudes towards the religious symbolisms of flowers were discovered in Ancient China. Confucians, Buddhists, and Taoists laid cut flowers on altars. Florists were held in high regard and given great respect. Ancient Chinese art also painted florals on vases, scrolls, and carvings.

Flowers and leaves were also often put together based on what meanings they held. Peonies signified wealth and good fortune. This is why they are known and revered as the ‘king of flowers’. Tiger lilies and orchids signified fertility. Pear and peach trees embodied long and bountiful lives.

In Ancient Greece and Rome, flowers were primarily used for lavish decor in a show of wealth. They weaved flowers and foliage into wreaths for joyful festivities. Their love of flowers is widely-known. Blooms were often depicted in art and written into myths. 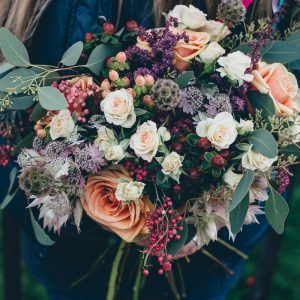 Wreaths also marked the celebration of victories. In Ancient Greece, they awarded wreaths to champions of the early Olympic games. This tradition remains to this day. They also enjoyed artistry and innovation with flowers. Historians say that the very first mixed flower arrangement was from the Romans.

The Byzantines continued the floral designs of the Roman empire. They placed more attention on perfect balance and refined looks. They took on garland-making as well. But they created their own twist on it by bringing in fruit and foliage, making tree-like designs. Gold and jewel tones were prevalent during this era. Famous flowers included carnations, cypress, daisies, and lilies. 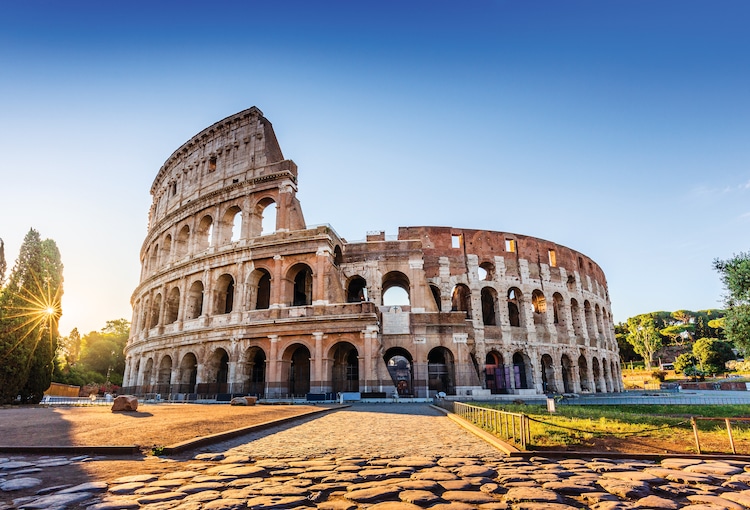 From My Modern Met

After the Roman empire fell, there was an artistic downturn in the Middle Ages. Sadly, this included floral design.

Monks were the only ones to continue the art of floristry, using florals in monasteries. Inspired by Oriental designs, they often placed their flowers in Chinese vases.

The Renaissance era saw a fiery revival of art and culture. This meant people found a new respect for beauty and life in all forms. Italians were the first to show their new zest for artistry in floristry. Full, lavish flower arrangements were presented in feasts. Others began to add them as decor for homes and churches. 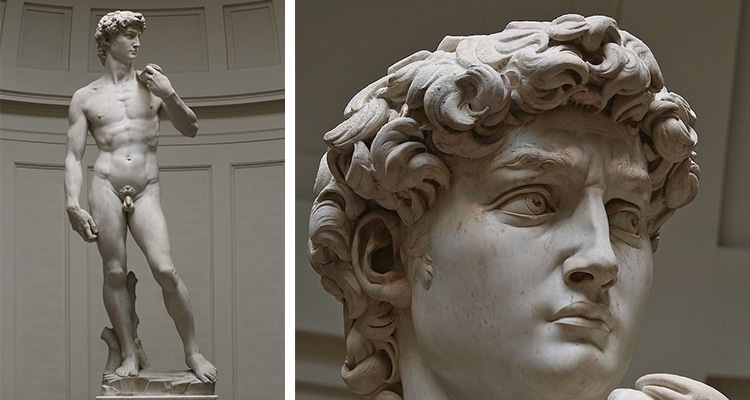 From My Modern Met

Renaissance floral design was often concerned with pure beauty and symmetry. Bright and bold color triads were in style, designed with arc, curved, and triangle shapes. Flowers were also often coupled with different types of fruits and vegetables.

These were placed in a wide array of containers, from bowls to baskets to vases. But they were all designed to conceal the stems and only feature the blooms. People of this era also added special meanings to flowers, like love, purity, and goodness. Among the most popular flowers then were carnations, daisies, irises, lilies, marigolds, and violets.

Opulence, luxury, propriety– these were the distinct traits of the Victorian Era. Flower bouquets became a way to display wealth and good breeding. This is why they became extremely lavish and extravagant. Luxurious homes had ornate vases teeming with gorgeous masses of flowers.

Ladies were educated on the art of floral design as a part of their upbringing. It was also amid this time that floral design was formally taught and studied as a form of art. 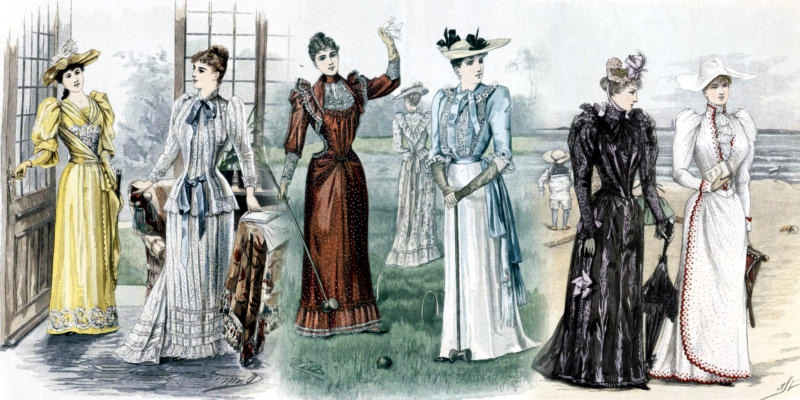 Floral fashions in the Victorian era set itself apart from other periods. People then weren’t all that interested in symmetry, cohesion, or color palettes. They were more occupied with how many flowers were in a vase, instead of with how they looked. Bouquets were often compact and cascading.

Rich, heavy hues like purples, blues, reds, and browns were in vogue for floral design. Flowers were often set in a round shape. Foliage and herbs were set in for added scent and texture. Roses, tulips, carnations, baby’s breath, and lilacs were amongst the most popular flowers.

Attention to floral design peaked in the USA in the 1930s. It was then recognized to have its own rules by the Women’s Garden Club.

Traditional designs were concerned with crafting clean, harmonious arrangements. They gave texture and depth but only stuck to a specific design pattern.

There were more natural styles that consisted of rocks, branches, and greens. Japanese influences were also spotlighted, marked by simplicity and openness. 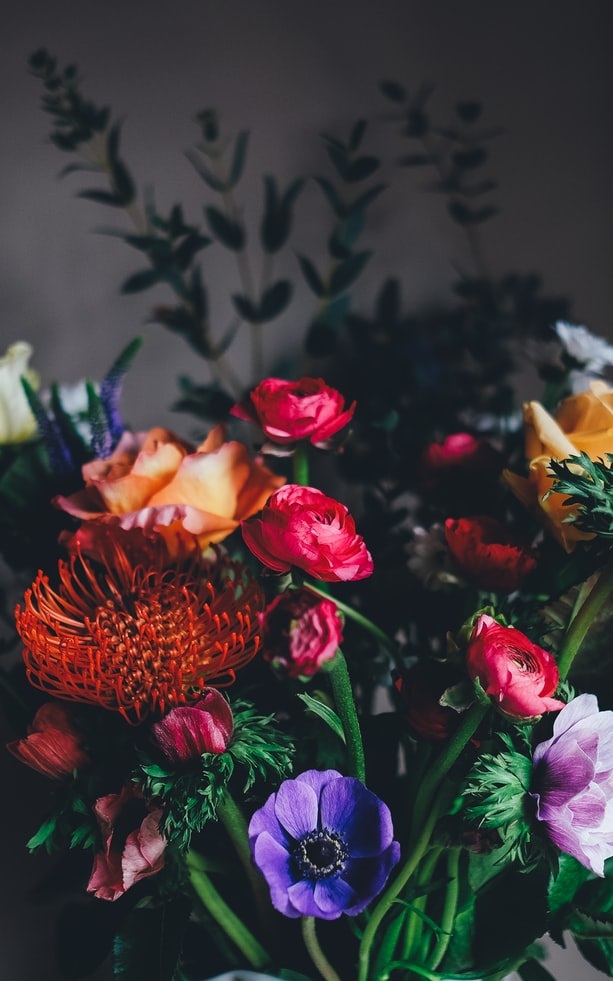 Today, trends in floral designs continue to progress! Now, there are limitless choices for floral design that welcome everyone’s distinct tastes and style!